The other day I drew “The Return of the Dataset” on a whiteboard while talking through some of the nuances of an issue I’m working on. I’m not sure if anyone else feels compelled to draw cartoons, but it felt good and I thought I’d share:

Thanks!
I sometimes did this, too (see my research book’s scenario section). I felt it can be useful to show processes. However, it comes with two drawbacks that can be blockers for larger buy in of teams:

Good stuff @jdittrich and @mairin. Thanks.

I just stumbled upon https://blog.not-a-kernel-guy.com/2017/09/22/git-merge-rebase/ and it’s so cute (and enough of a user story cartoon) that I’m posting it here:

Credit to @girlie_mac apparently, but I can’t find the original post.

In the last twenty seconds of this (roughly converted) screen recording –

– there are glimpses of Mozilla’s drawings of what can be done with its Multi-Account Containers extension.

Drawings, cartoons, might also help to convey what should not be done with (or can not be expected from) Firefox containers. I do have a handful of ideas, but:

… and what to expect when so-called movement does occur

The emphasis on containment without movement is close to the core of what (I think) should be conveyed … in a simple image. Or a very short, two-or three-frame comic strip.

A comical demonstration of something lost through movement, maybe … 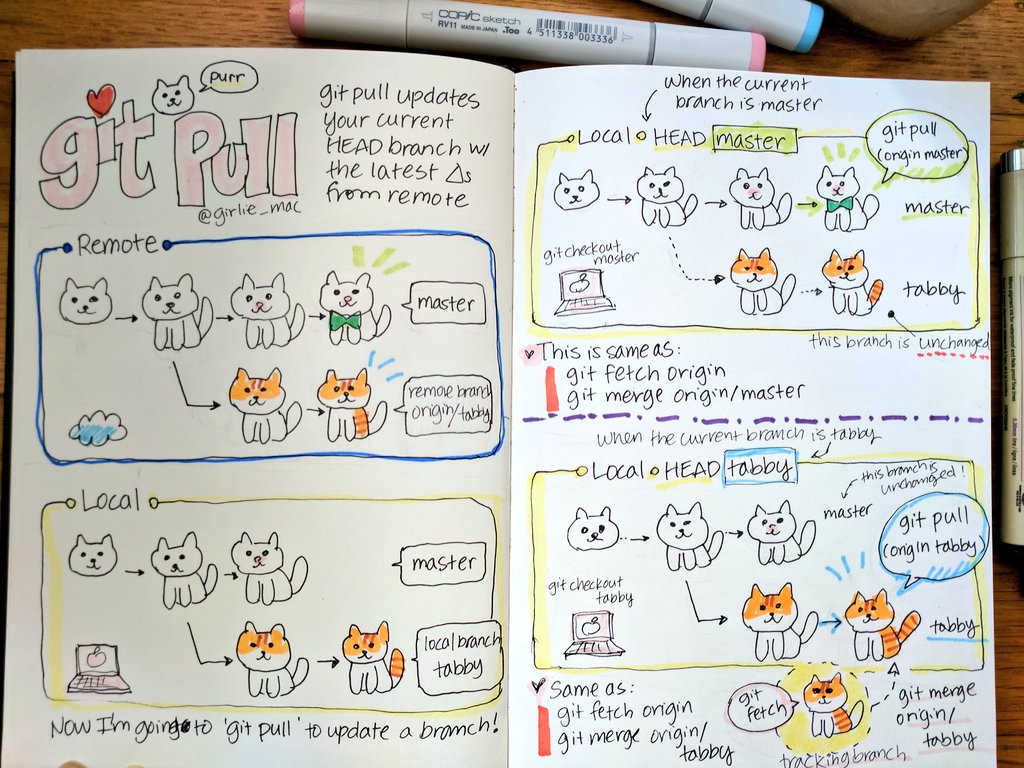 In 2012 I’ve played with StripGenerator and I see the service is still active. The only downside I see is that it’s still using Adobe Flash, but I remember the service was very easy to use and fun.

Some strips I’ve created back then: