A monthly showcase on our landing page

We can improve our landing page by creating a “Monthly showcase” of the best OS designs of the month on our landing page. Maybe products from all the OS design jobs that are posted, they could use a gallery or something of the sort.

This would promote people’s work, increase their likeliness to get involved and have the opportunity of being featured as appreciation. Also a chance to get noticed by job posters if they liked someone’s work in particular.

Note: Not all the work produced from the jobs section would qualify for it, since there’s different sorts of work involved including paid ones. We can see which logos sit right with legal licensing and adding credits to the designer and/or project.

It would be a periodical section that will show our community is alive and thriving. Would give more life to the landing page too in my opinion.

Open to brainstorming on more ideas for this!

x-posted from the original thread:

Would love to hear more thoughts from the regulars on here about this!

I agree with everything that you said @Erioldoesdesign but hiding names of the people who’ve made it to the “featured” gallery would undermine their efforts.

At the best, this could create a healthy competitive environment with everyone having an equal opportunity at “making it” to the landing. Worst case scenario, it doesn’t go as smoothly and we have something similar as mentioned in the previous comment.

To fix that we could add a “View all” button under the top 6 or 8 featured posts. This would contain all the work created during that month.

Open to more suggestions and improving on this!

We definitely need more voices to build a consensus on the ‘names’ issue. One of the biggest problems (in my opinion and through my reserach into Open Source Design and design communities) is that design historically has had ‘ego’ and ‘ownership’ issues which can steer into ‘celebrity’ like promotion in the design world.

Open source is open and collaborative and while there may be one (or more) designers working on contributions at any given time the more we can move away from rewarding the pursuit of fame the better. In my opinion. I imagine, as a person new to open source design, you could be equally enticed by seeing an individuals name more than other names but I think these are also people that would be discouraged by that.

Also competitive environments tend to drive away marginalised groups who don’t have access to fancy software/machines/had an expensive education/time to learn design skills as much as another person. This is an inclusion challenge as much as it’s design.

Also a featured gallery suggests that someone (or group of people) decides the criteria for being ‘featured’. I would be more into a gallery that say…showed all designers first open source design contributions. There’s a move towards an equality there. Everyone can have a first contribution and it’s not about arbitrary ‘quality’ but more about celebrating the first step into open source design.

@Erioldoesdesign You’re more experienced with design communities so obviously you know better how to make this work and I agree with everything you said.

Since you’re proposing a gallery, it would be just as important to update it regularly to keep the landing “fresh”.

This definitely requires a consensus on how to go forward with this.

Posting interviews and doing feature articles could achieve the same goal. Krita does the same on their website.

I am not sure what to show at the showcase. There are some things that lend itself well to it, like designs of icons, logos and posters for events. What would be harder to showcase, at least in a way that is immediately accessible are improvements of usability or user research. My most recent open source work was on a dialog design for scribus and it would be a rather dry thing to show, not to mention that a lot of work went into making it easier to code.

I do agree that it won’t do justice to the immense work put in improving stuff, maybe we can come up with a solution for that too?

to see more of this kind of open source design work both here on the discourse and also on the main site as part of a showcase. I actually think it’s a hugely underserved part of design + open source whereas things that are ‘visual’ (logos, UI etc.) are better served.

Part of working on that showcase piece would need to design for and include pieces of work like this.

So hey @Kai , I would love to see your design/proposal for this showcase

if you want to mock something up I’m sure we’d all love to see the proposal and then work towards how it might fit on the site, you could put a proposal/mock here or even as an issue in the repo if you’d prefer (and it might get seen by other OSD members that visit there more frequently than this forum) 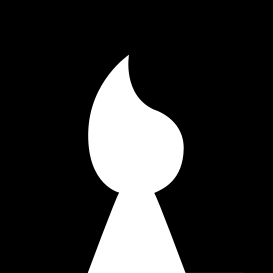 Thanks @Erioldoesdesign, this is exciting and kinda scary haha. My mocks have generally been for closed groups or my teammates. Getting an opportunity to design OSD’s landing is a big deal, I’ll get started on it this weekend and open an issue on Github when they’re done. I actually had a few plans for better onboarding too but that’s for later.

I fully support you

open an issue on Github when they’re done

I’m thinking that a new thread here on the forum might be easier for discussions? Then once the proposal is fleshed out, talk about implementation could happen on GitHub. (Sorry to jump in with this comment kinda on project management - just sharing my thought so don’t feel ashamed to ignore/reject.)

Also potentially relevant is the ‘landing page redesign’ issue on GitHub, where your work would probably fit in

I saw your comment on the existing issue and that you’ll be taking up the redesign work which is great!

An incremental PR to add the showcase on top of the redesign would be a better workflow and could be divided between contributors which will help reduce work if you don’t want to do it all alone.

I’ll post my mocks here soon for others opinions and changes that should be made.

I totally agree with the ideas already made here
Understanding what Open source is should guide us why we need to give credit to who made a design. This will open way for more contributors in a particular designs and will keep designers very active on the channel.
And will help indirectly publicize the channel to others (public).
Like developers carry on their process, with different people fixing bugs
Same should be made with designs.
Probably, while giving credit can aid the designer to use that for job application and not see it like one was only doing it for the community without gaining something back.

Looking forward to the mock-ups

I think there are some mockups already.
@core-group Can someone confirm that please?

I think there are some mockups already.

You mean for a showcase?

I know @Kai is working on some mocks for this idea they had but I’m not sure if in the redesign that @elioqoshiwas doing he did any pages for a showcase type page. I’ll see if I can find time to dig around in the OSD github repo and find any over the next couple of weeks

Sorry for the late reply, but I see @Erioldoesdesign got it.
Here are @Kai’s mockups:

I came up with some mocks for the new landing page section as discussed with @Erioldoesdesign and in this thread. We should review these before we get started on building it. This is how the web view would look like with 3 or 6 monthly designs to showcase We can keep a maximum of 6 designs to display per month, adding more than that would crowd the landing in my opinion. [image] For smaller viewports, [image] Layout design ideas Came up with a few possible layouts for displaying an image w…