Over the weekend I saw on the Twitters a developer who had released a Penpot Desktop app.

@KorbsStudio
I built a simple desktop app for @penpotapp and it works great! Along with changing things over to my selfhosted server. github.com/KorbsStudio/Pe… https://t.co/4zVdONq9pF

It’s very much in development (there’s a few bugs) - but it works, and it’s available for macOS, Linux, and Windows.

For those interested in off-line working, from reading the developer’s post in the Penpot community, this is working. Good news!

The developer has launched a crowd funder for funding (725 bucks) so they can purchase a low-end mac mini to squash a bunch of macOS bugs, and register it as an “official” app with Apple (which will mean the install won’t scare users away).

If you’re interested in Penpot on the desktop instead of in your browser, give them some bucks - https://ko-fi.com/korbsstudio/goal?g=0

Chipped in 5 bucks! Hope they are able to do it.

EDIT: Well I tried to with Google Pay and with a card and got an error response: 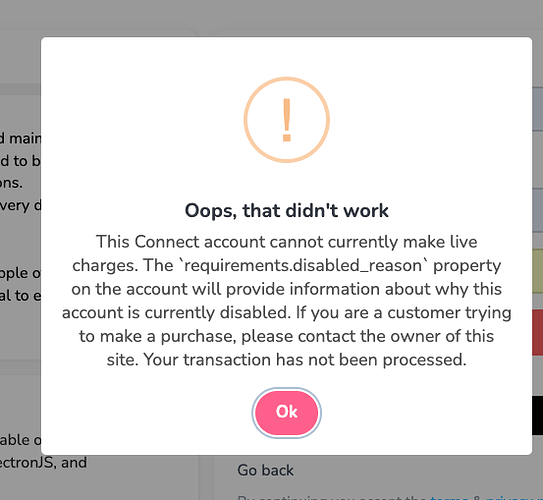 Yeah they had some issue with their card, but they sent me a twitter last night that it’s all fixed.

I just tried to contribute 20 yoyos and it worked. 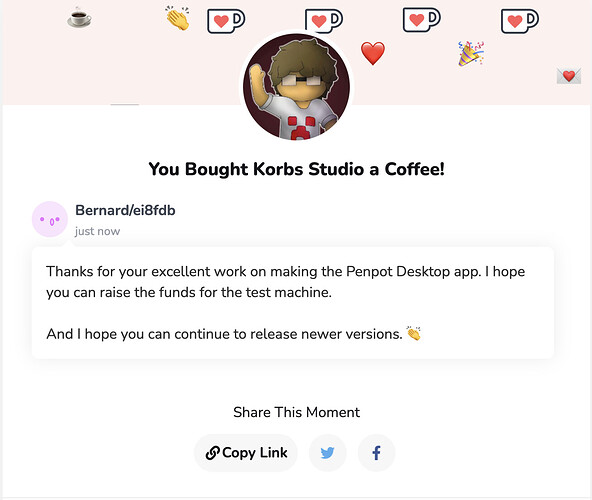